You are here: See and do > Vang Church 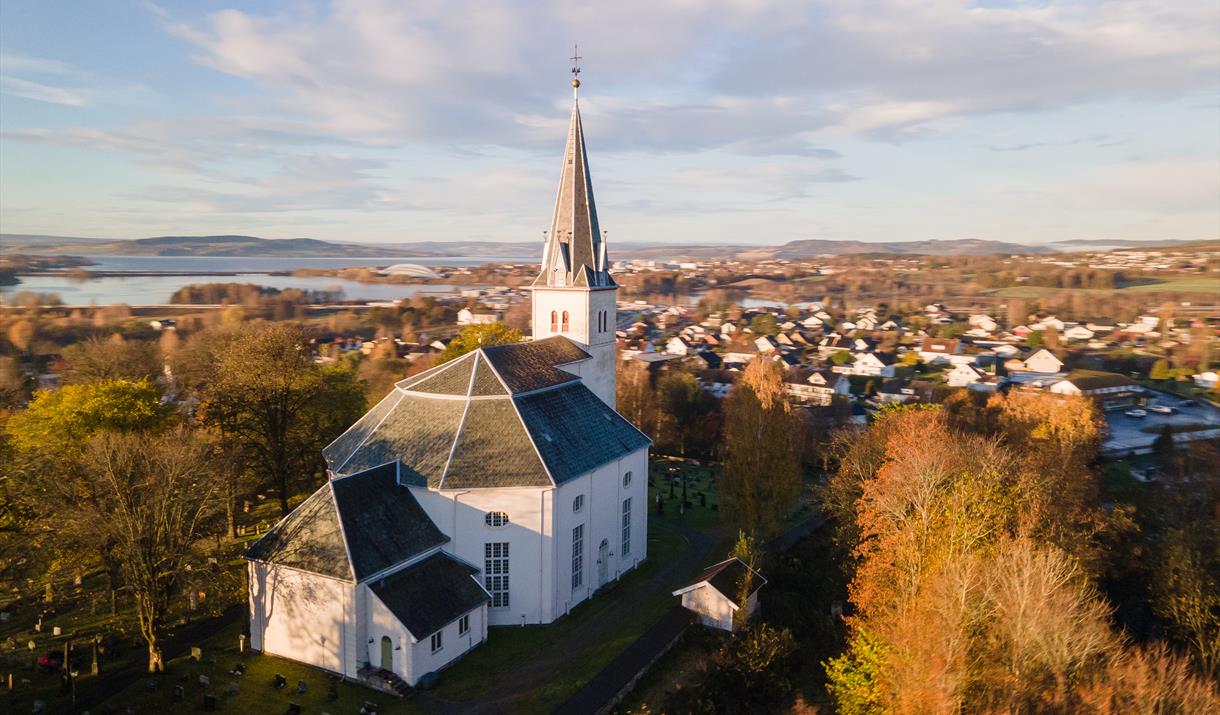 In 1804, Abraham Pihl was the parish priest in Vang. On Sunday 8 July 1804, the church was struck by lightning and burned down. He had then served as a clergyman in Vang for 15 years. With his architectural skills, he designed the current church which is built in stone and has 895 seats.

Where Vang Church stands today, there is likely to have been an older church from the 1000s. In the 1600s, Hamar town was destroyed by the Swedes – an attack that left the old Hamar Cathedral in ruins. Vang Church was then used as cathedral. During this period, it was extended twice using stones from the old cathedral. At the time, it was a cruciform church.

Among its many important milestones, Vang Church was where Norway’s first female minister, Ingrid Bjerkås, was ordained in 1961.

It is also where Hanna Winsnes (1789-1872) is buried. She was an author and a home-economics pioneer, and was married to Paul Winsnes who served as a parish priest in Vang from 1845.